A wave of ice and snow hit United States and east Canada . Some of the areas are already frozen
Many places in east Canada has witnessed a high drop in temperature , which reached to unprevented levels in Toronto 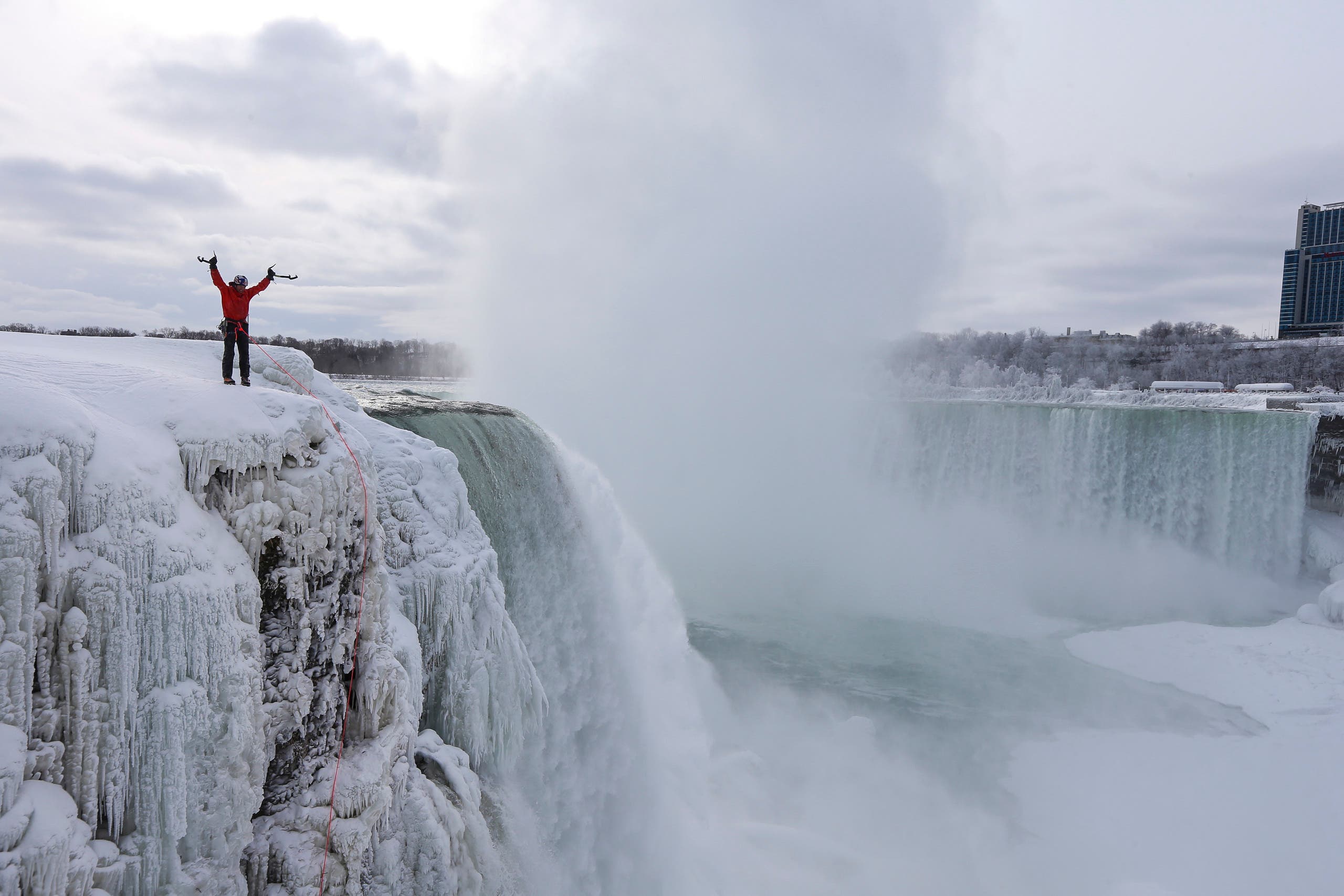 More than that , in some videos and photos the waterfalls of Niagara looked partly frozen . The water still running in the middle , but on the sides there is a huge amount of ice and snow
For days a storm from USA with a 100 km per hour wind is blowing on east Canada . The ” weather bomb ” storm , as the meteorologists call it , led to cancel dozens of flights , close many schools and shops 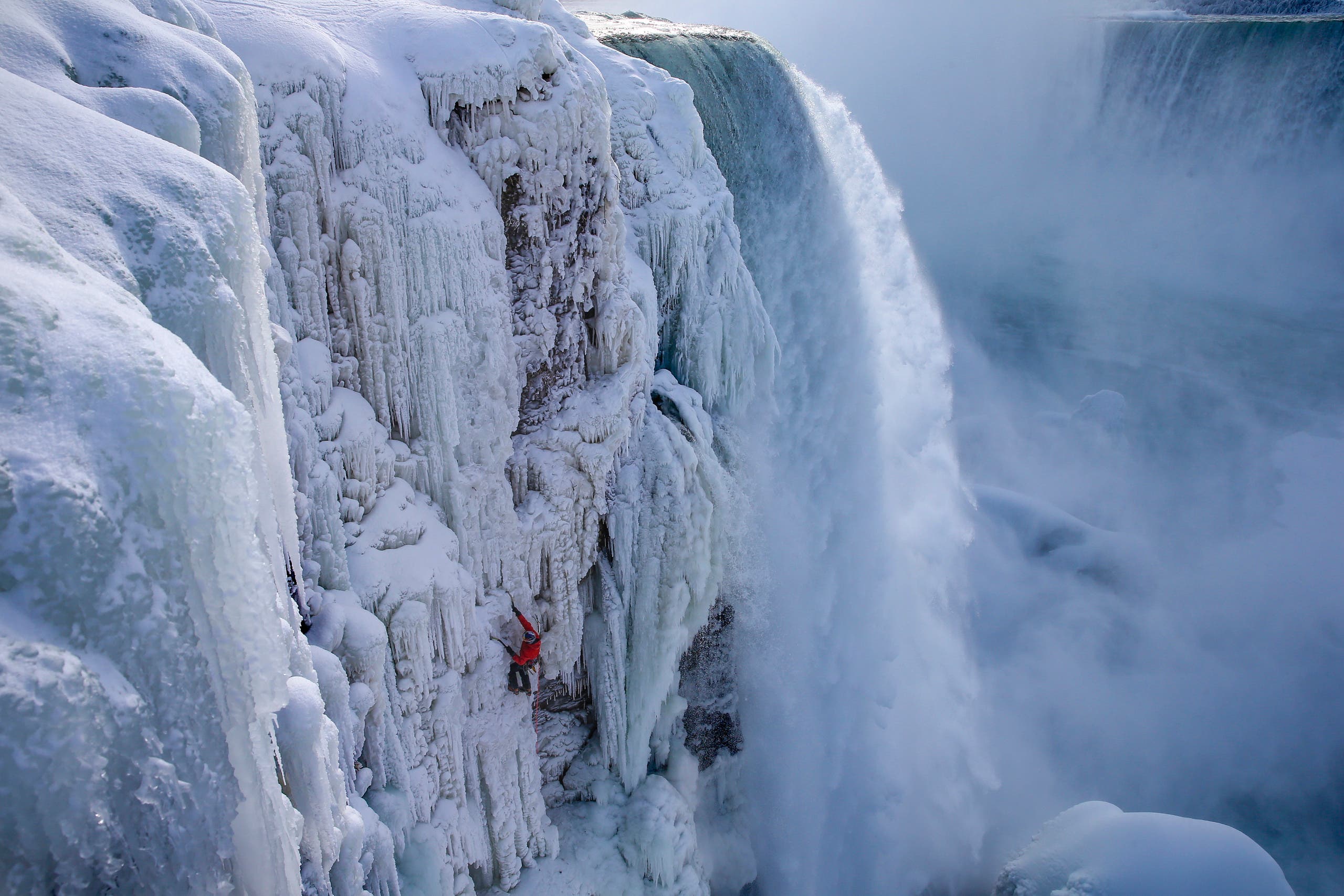 The temperature in Toronto , ghd biggest city of Canada , reached (-23°) , thats a first at this time of the year .
Also in USA the temperature reached unprevented low level with a wave of ice covering many areas . And led to a serious issues in electricity and water sources . 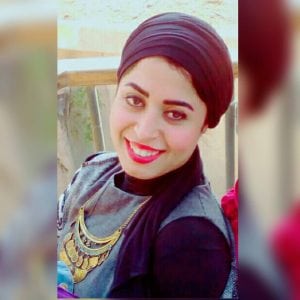 Believe or not … Niagara waterfalls are freezing