Rising 1,087 meters south of the city center, flat-topped Table Mountain is the most photographed landmark in South Africa and a constant reminder that nature is queen in this stunning seaside city

Created from massive beds of sandstone and slate, the mountain forms the northern end of the Cape Peninsula and lies within Table Mountain National Park.

The park protects an astounding diversity of plants and more than 1,470 flower species-the planet’s richest floral kingdom-as well as animals such as cute snub-nosed dassies (rock hyraxes), caracals, and baboons.

Within the park, Devil’s Peak flanks the mountain on the east, and Lion’s Head on the west, while the crags known as the Twelve Apostles loom over the beach resorts on the Atlantic coast.

A layer of clouds, called the “tablecloth” frequently cloaks the mountain’s peak, but when the clouds clear, visitors can enjoy spectacular views of Cape Town and the entire Cape Peninsula from the summit. Bring a sweater as it can be cold and windy at the top. For those short on time, and energy,

a revolving cableway climbs to the summit, covering the distance of 1,244 meters in seven minutes. The cableway runs daily-except in high winds, so it’s a good idea to check the website or call for current conditions before heading out. Also to avoid long lines, try booking tickets online.

At the upper station of the cableway, a café features a small viewing terrace and serves as the          starting-point of three short walks, which highlight the gigantic scale of the landscape.

Those wishing to summit the mountain on foot can choose between more than 350 different routes varying in difficulty. Depending on the starting-point, the climb takes between two to four hours.

For superb views of Table Mountain and the best vantage point to photograph this iconic landmark, hike or drive up Signal Hill or Lion’s Head – both offer stunning views from their summits. 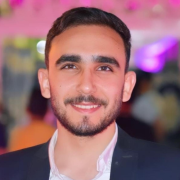 The sandstone city of Petra..Stuning Example of legacy and greatness